We were contacted by a regional real-estate development company to help with a presentation displaying Athens GA as an indie mecca.

With a very short turnaround time, we created this with short, broad strokes. It’s formatted to define the term “Indie” in a broader sense of DIY ethic across industries, demonstrate that it is an old trend that continues to grow nationally, then spotlight Athens as a town which embraces indie efforts.

We love Athens and want to see it grow in a healthy and sustainable way. We love the arts, the culture, the music, the food, the affordability, and the constant influx of new minds that comes with being a college town.

In the last ten years, we’ve seen a lot of sustainable growth. In particular, Normaltown and the Prince Avenue corridor have begun a transformation. We hope to see that trend continue with the new developments on Prince and Pulaski breaking ground this year. 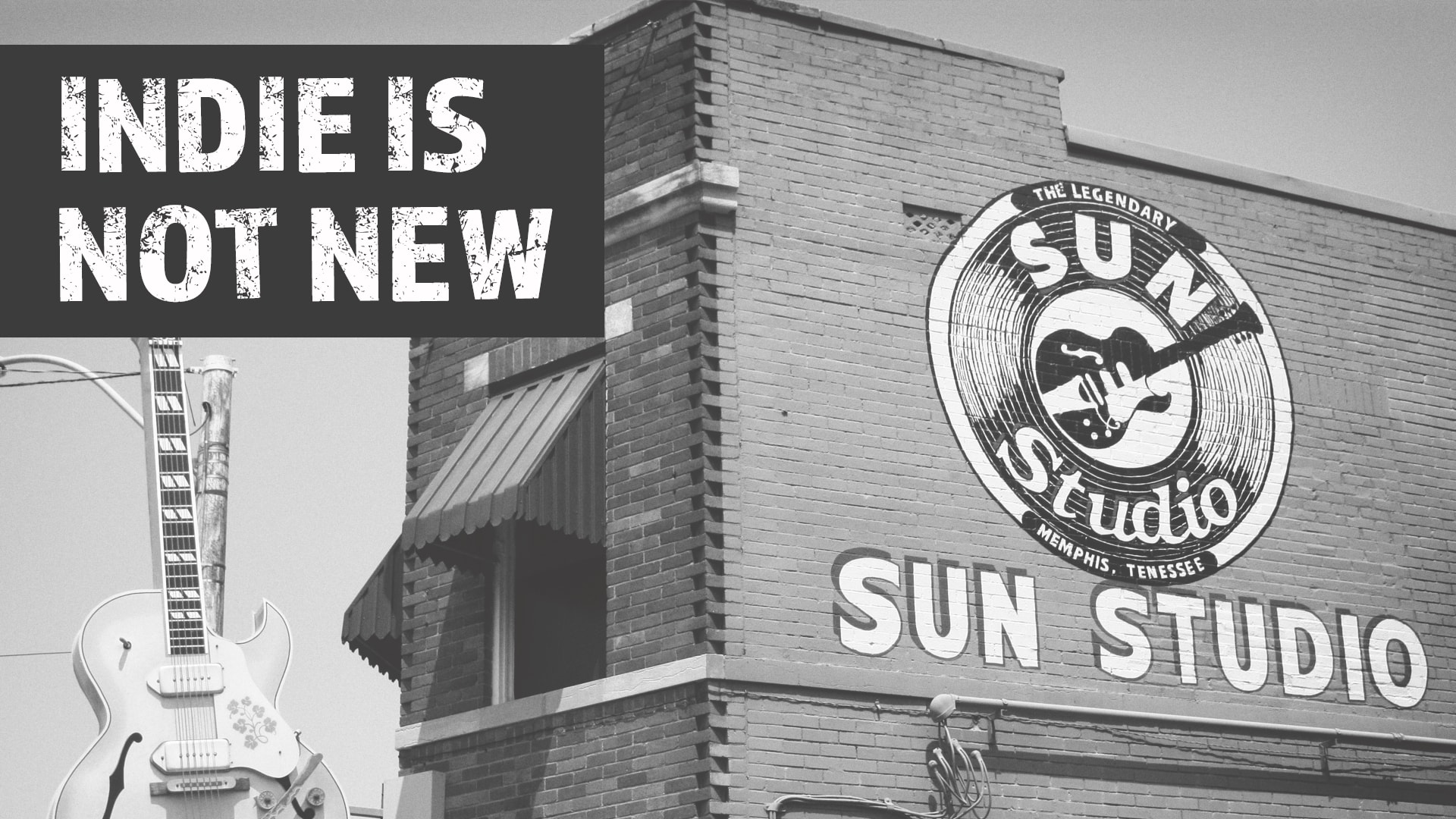 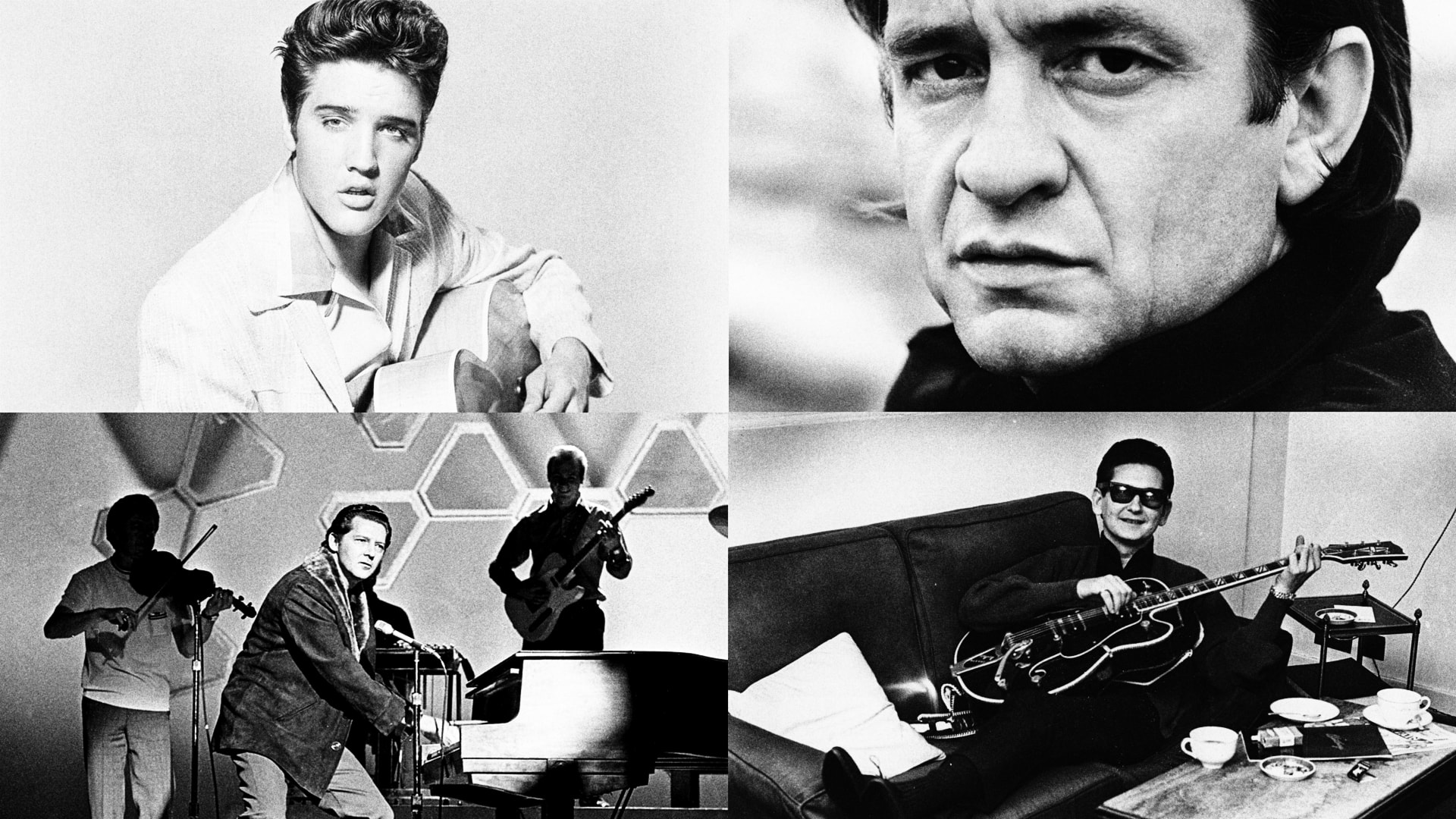 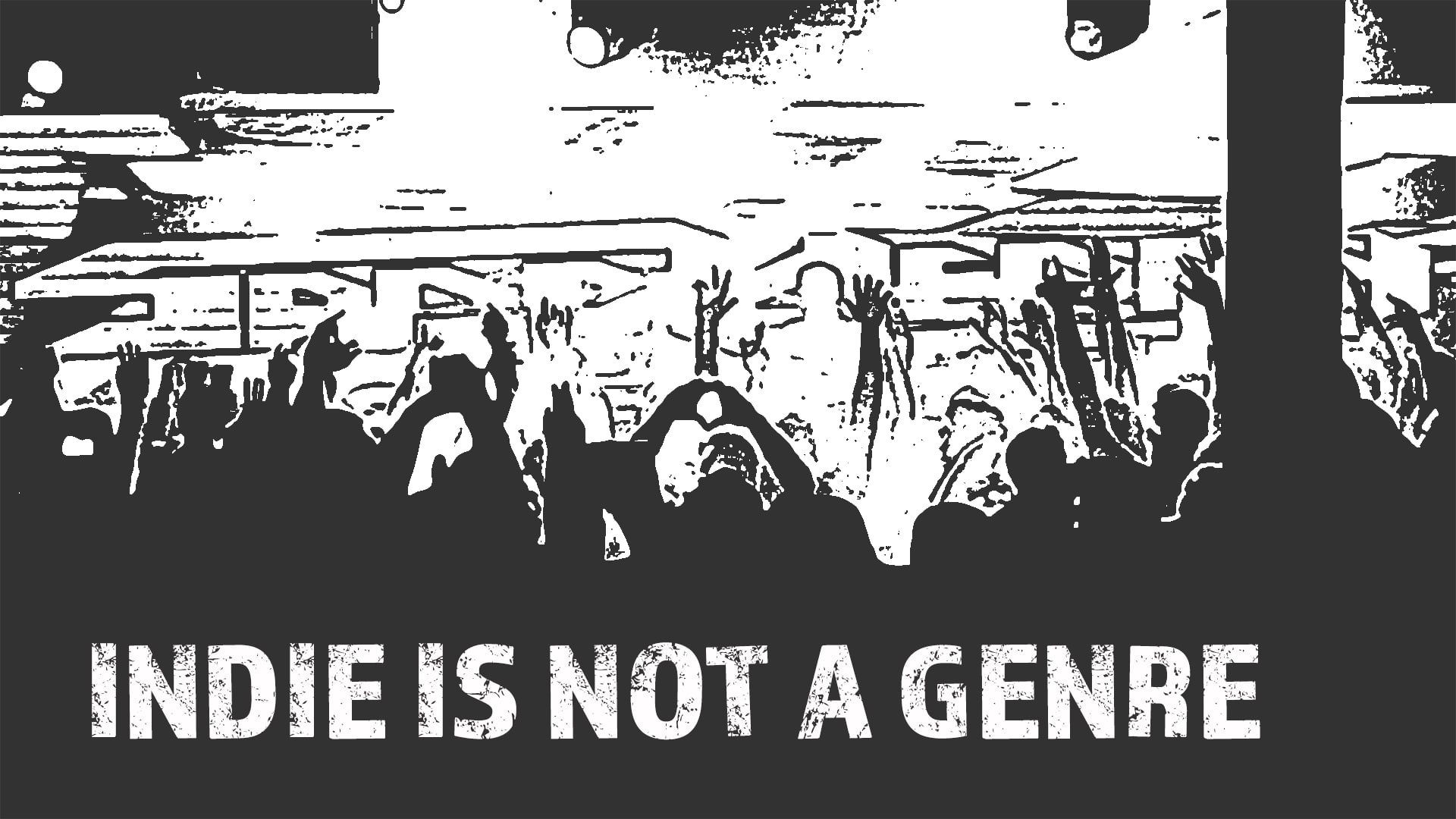 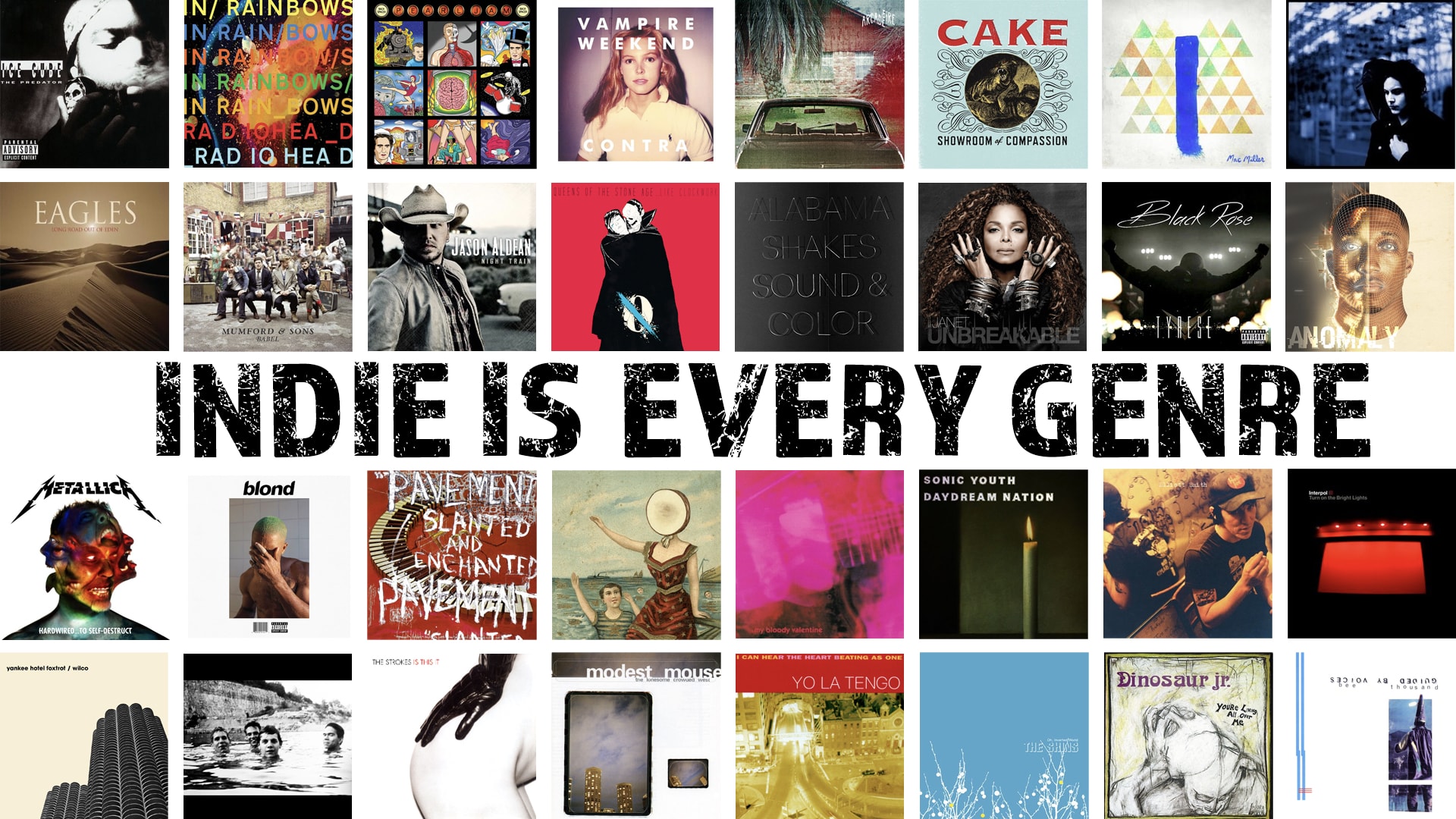 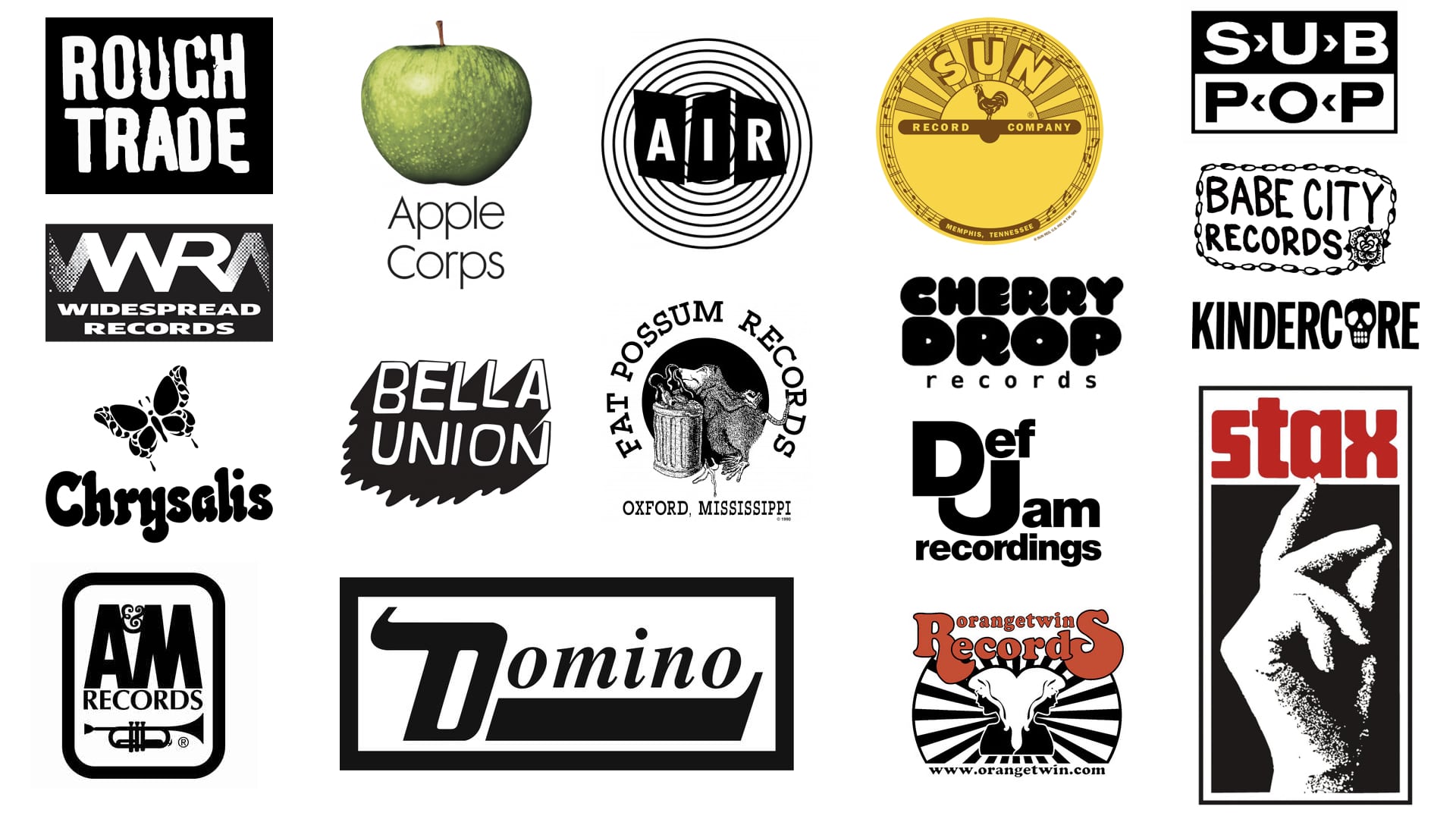 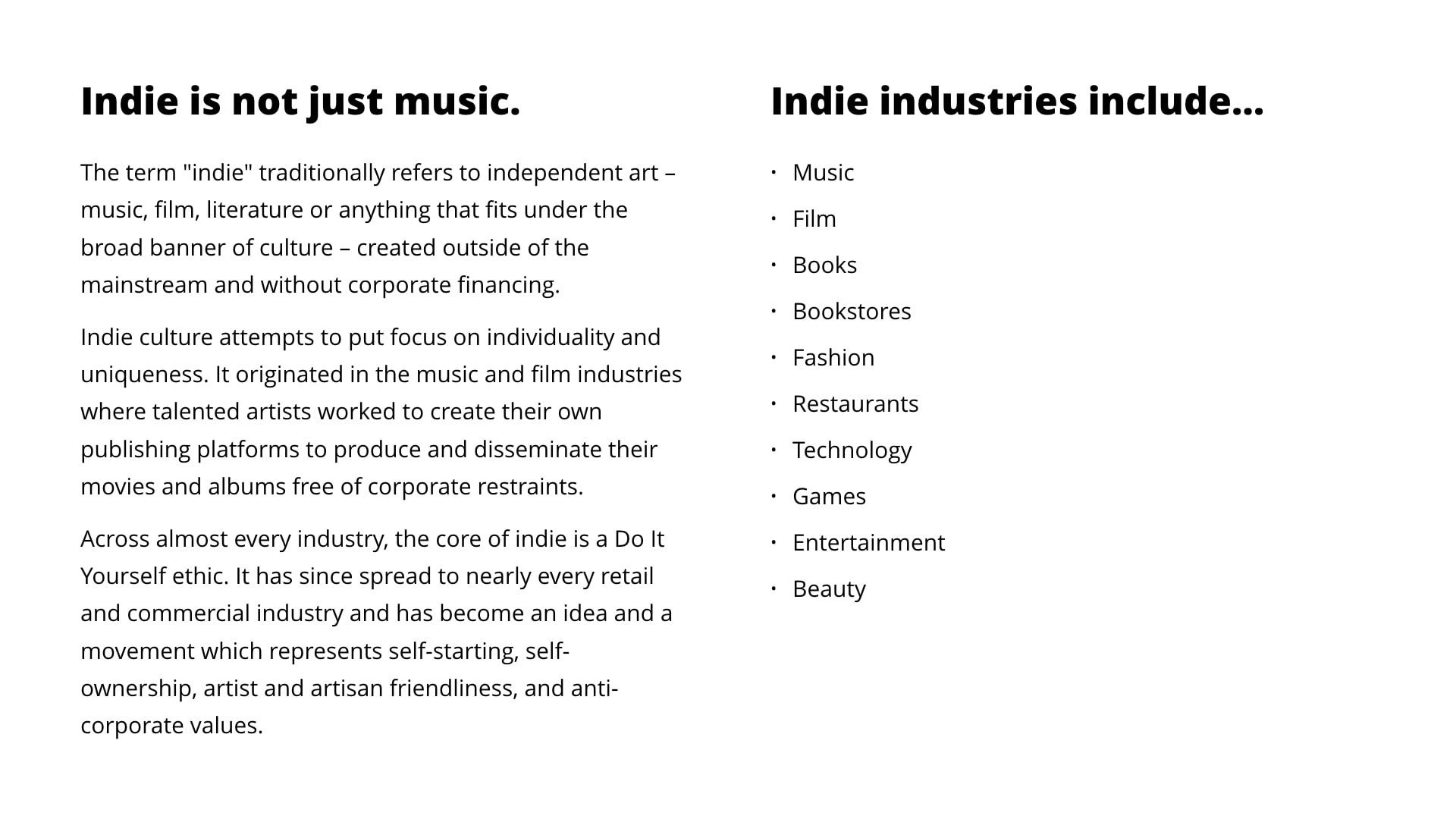 Indie is not just music

The term “indie” traditionally refers to independent art – music, film, literature or anything that fits under the broad banner of culture – created outside of the mainstream and without corporate financing.

Indie culture attempts to put focus on individuality and uniqueness. It originated in the music and film industries where talented artists worked to create their own publishing platforms to produce and disseminate their movies and albums free of corporate constraints.

Across almost every industry, the core of indie is a Do It Yourself ethic. It has since spread to nearly every retail and commercial industry and has become an idea and a movement which represents self-starting, self-ownership, artist and artisan friendliness, and anti-corporate values. 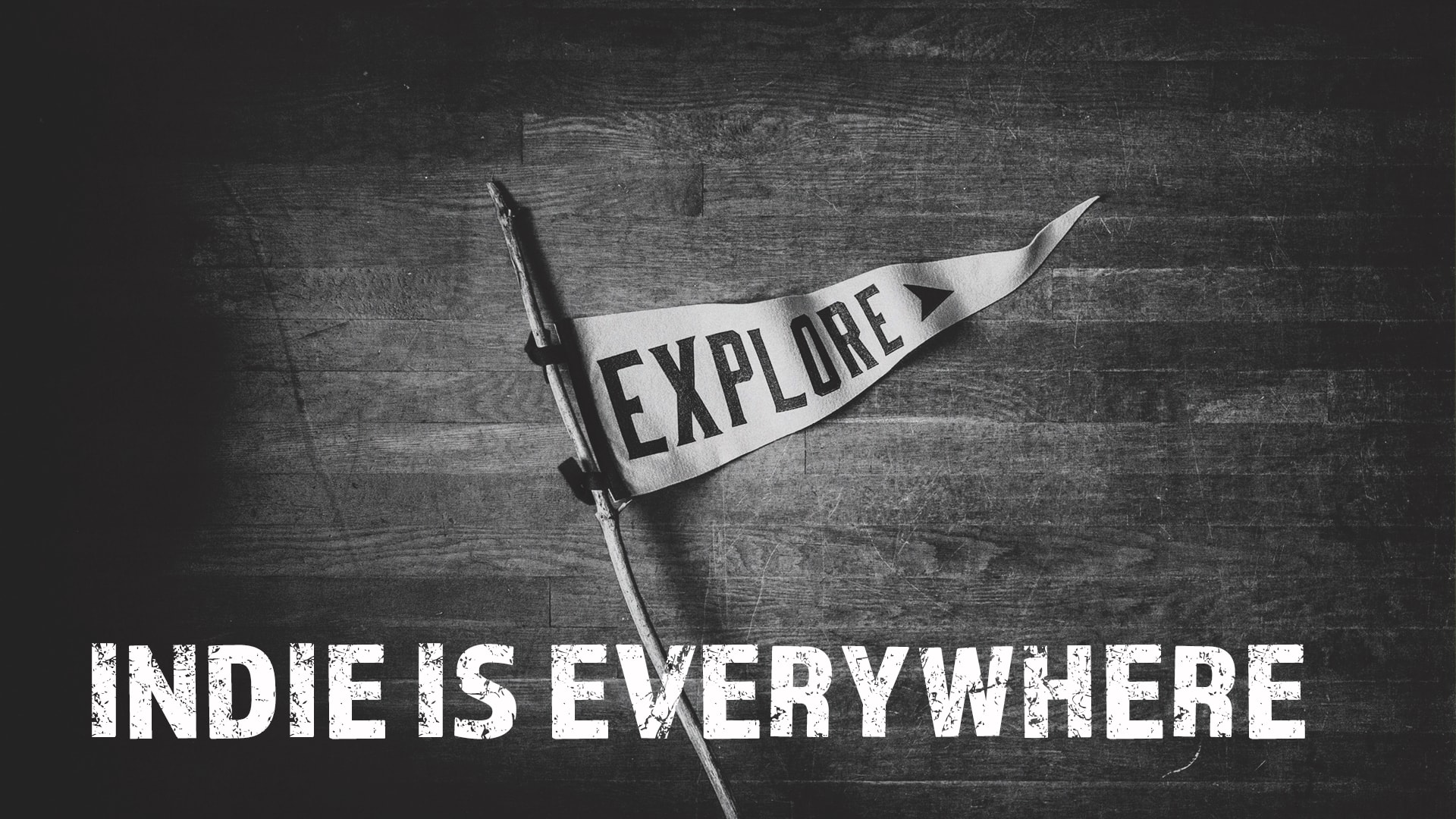 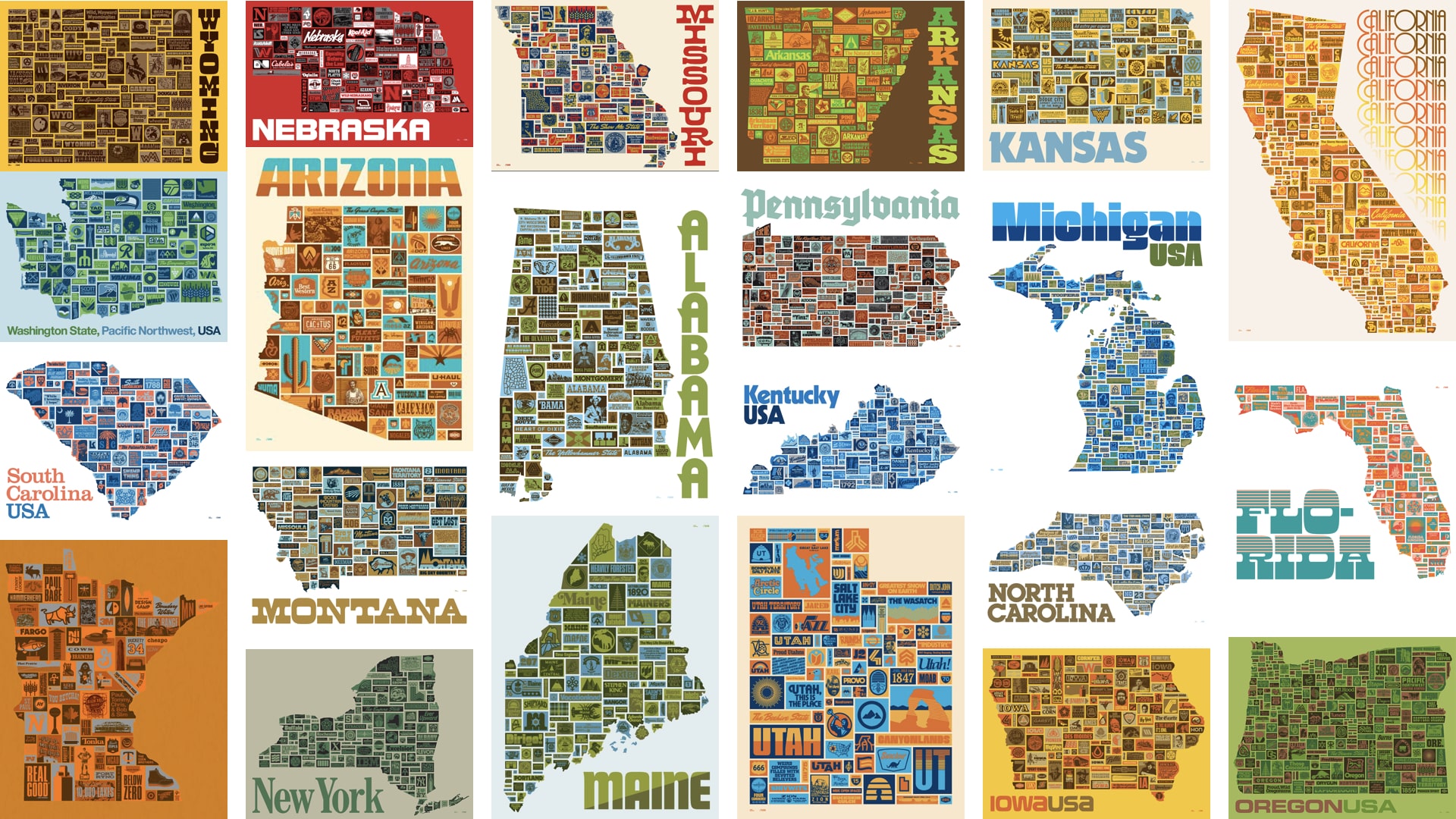 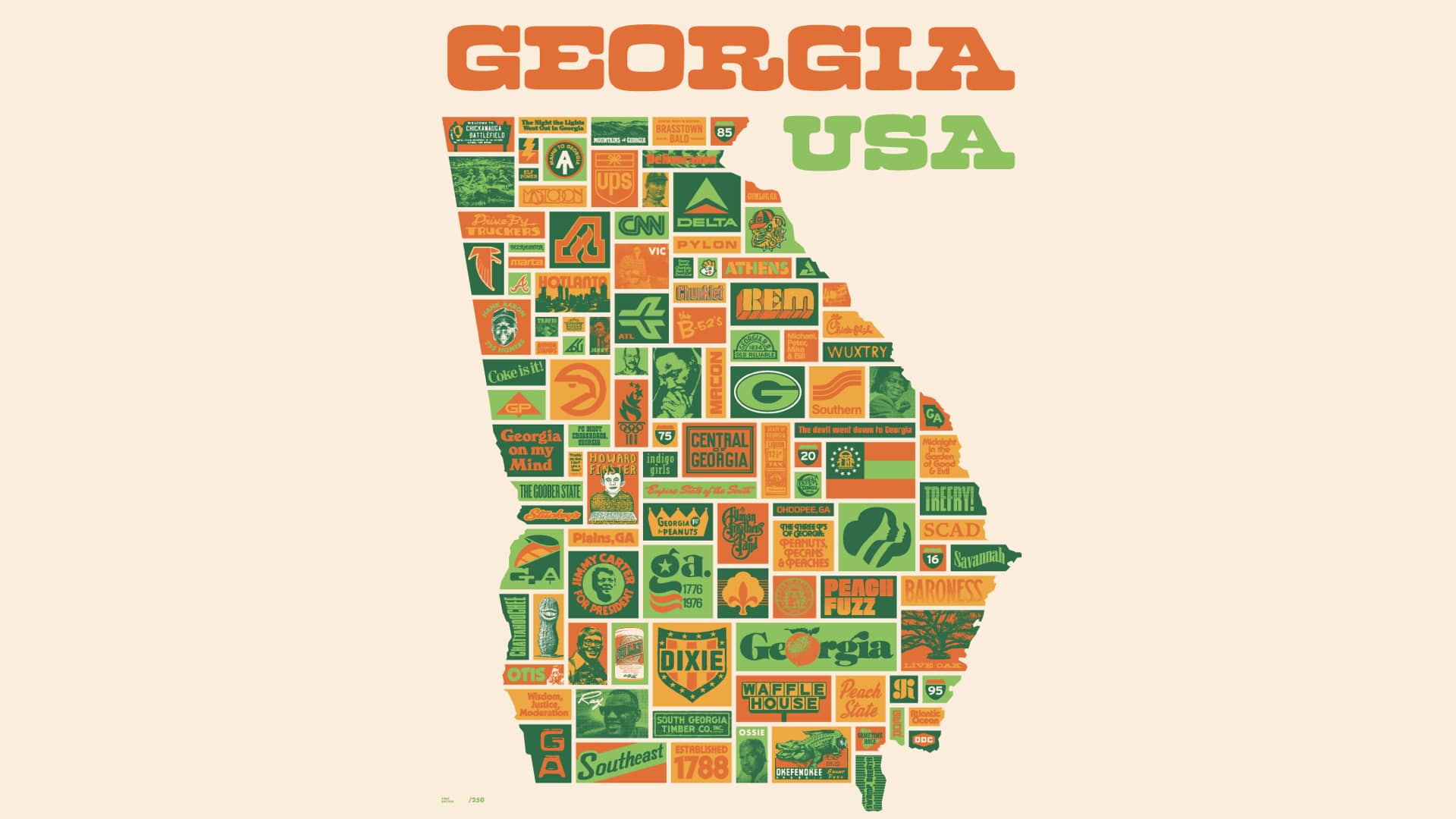 All credit to the inimitable Aaron Draplin for the art on the previous two slides. 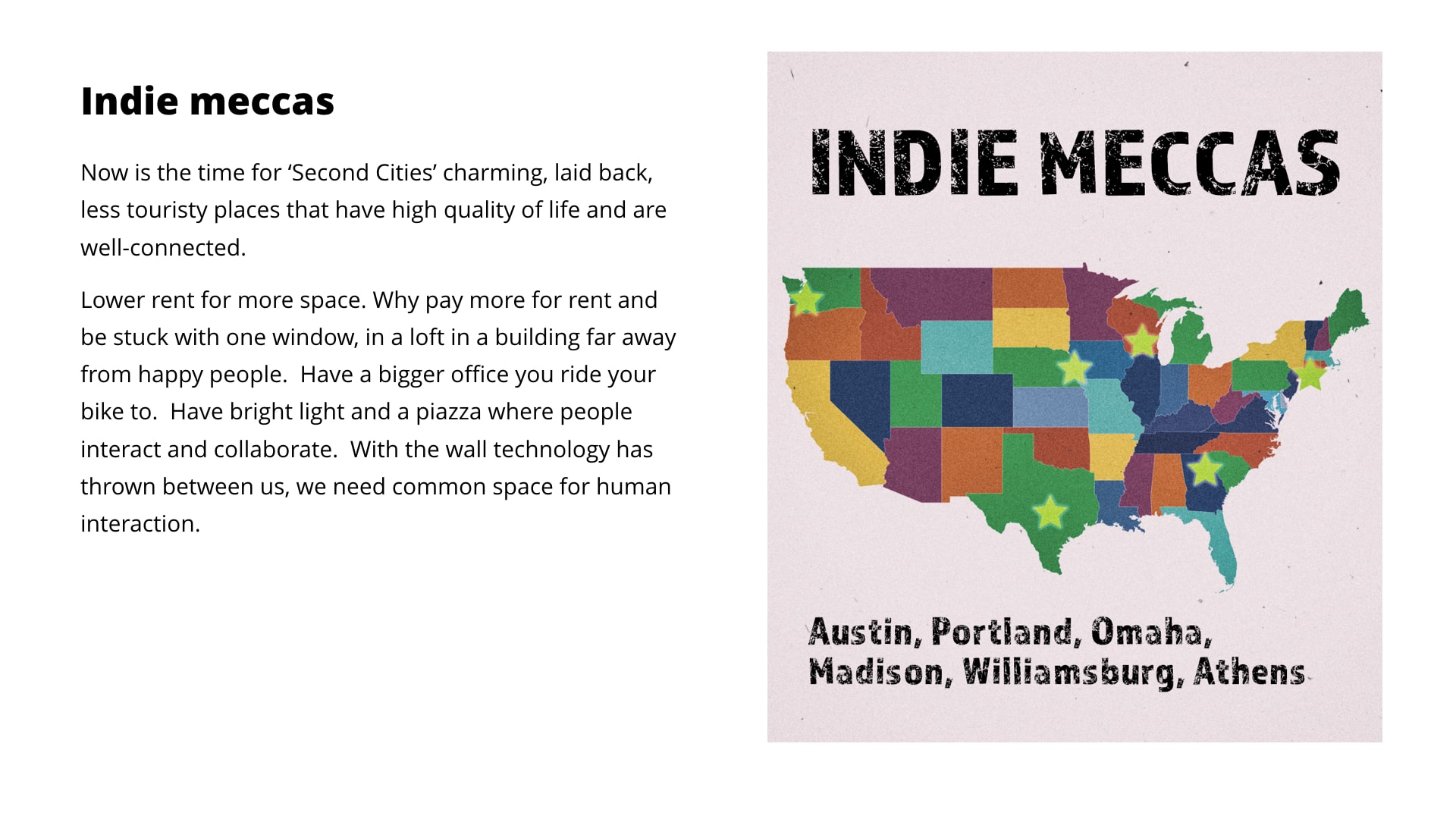 Now is the time for ‘Second Cities’ – charming, laid back, less touristy places that have a high quality of life and are well-connected.

Lower rent for more space. Why pay more for rent and be stuck with one window, in a loft in a building far away from happy people? Have a bigger office that you can ride your bike to. Have bright light and a piazza where people interact and collaborate. With the wall technology has thrown between us, we need common space for human interaction. 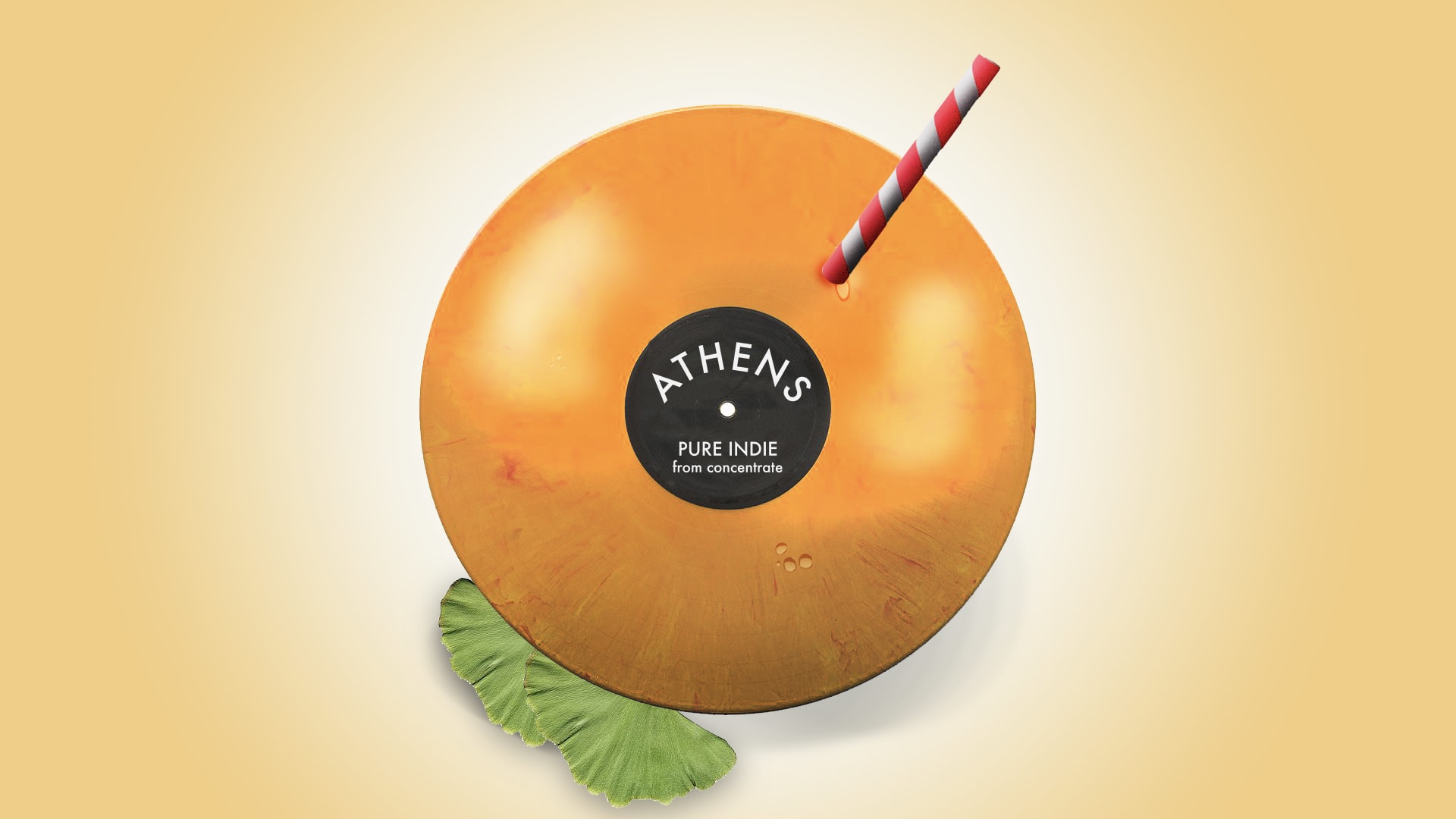 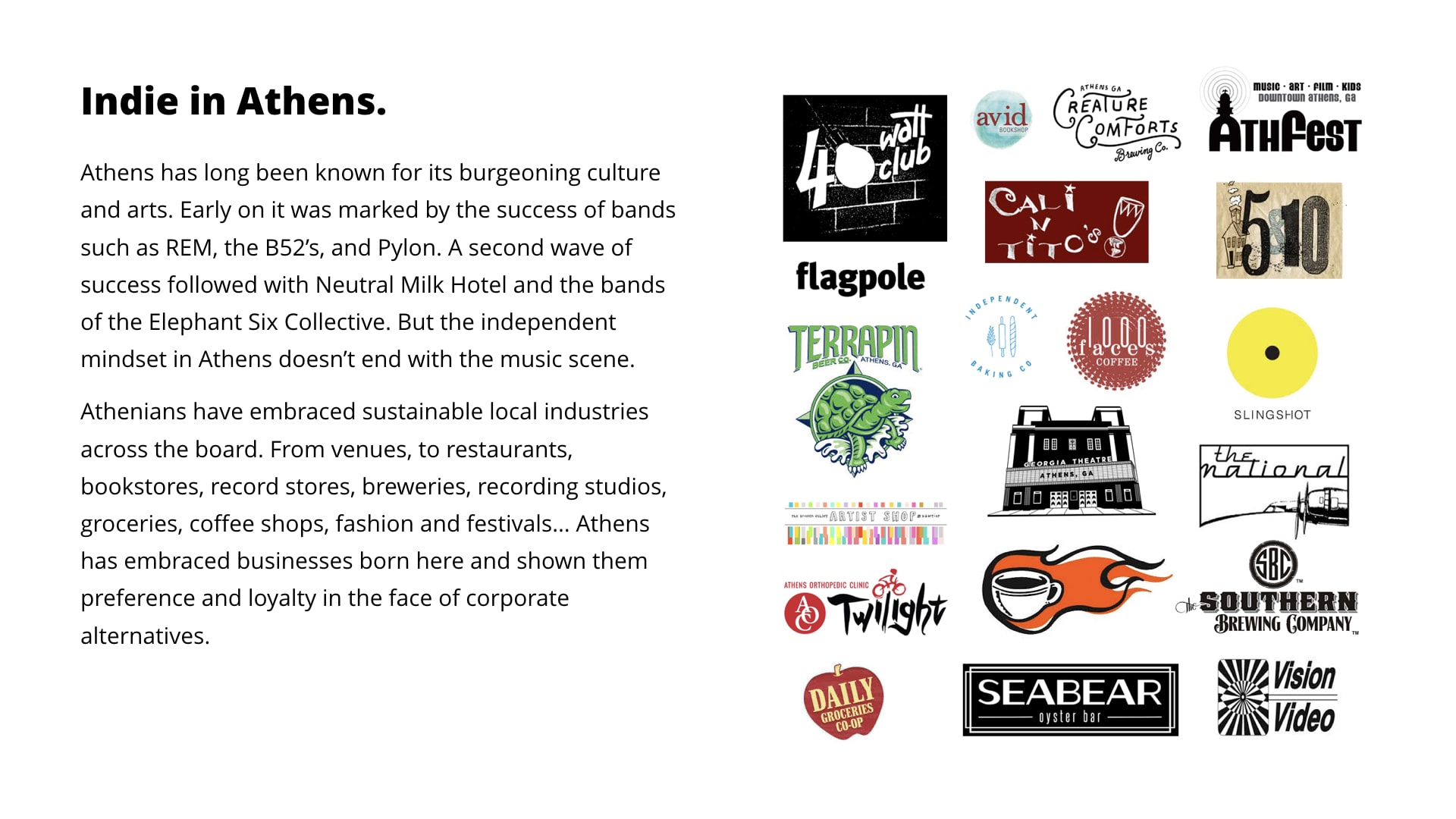 Athens has long been known for its burgeoning culture and arts. Early on it was marked by the success of bands such as REM, the B52’s, and Pylon. A second wave of success followed with Neutral Milk Hotel and the bands of the Elephant Six Collective. But the independent mindset in Athens doesn’t end with the music scene.

Athenians have embraced sustainable local industries across the board. From venues to restaurants, bookstores, record stores, breweries, recording studios, groceries, coffee shops, fashion, and festivals… Athens has embraced businesses born here and shown them preference and loyalty in the face of corporate alternatives. 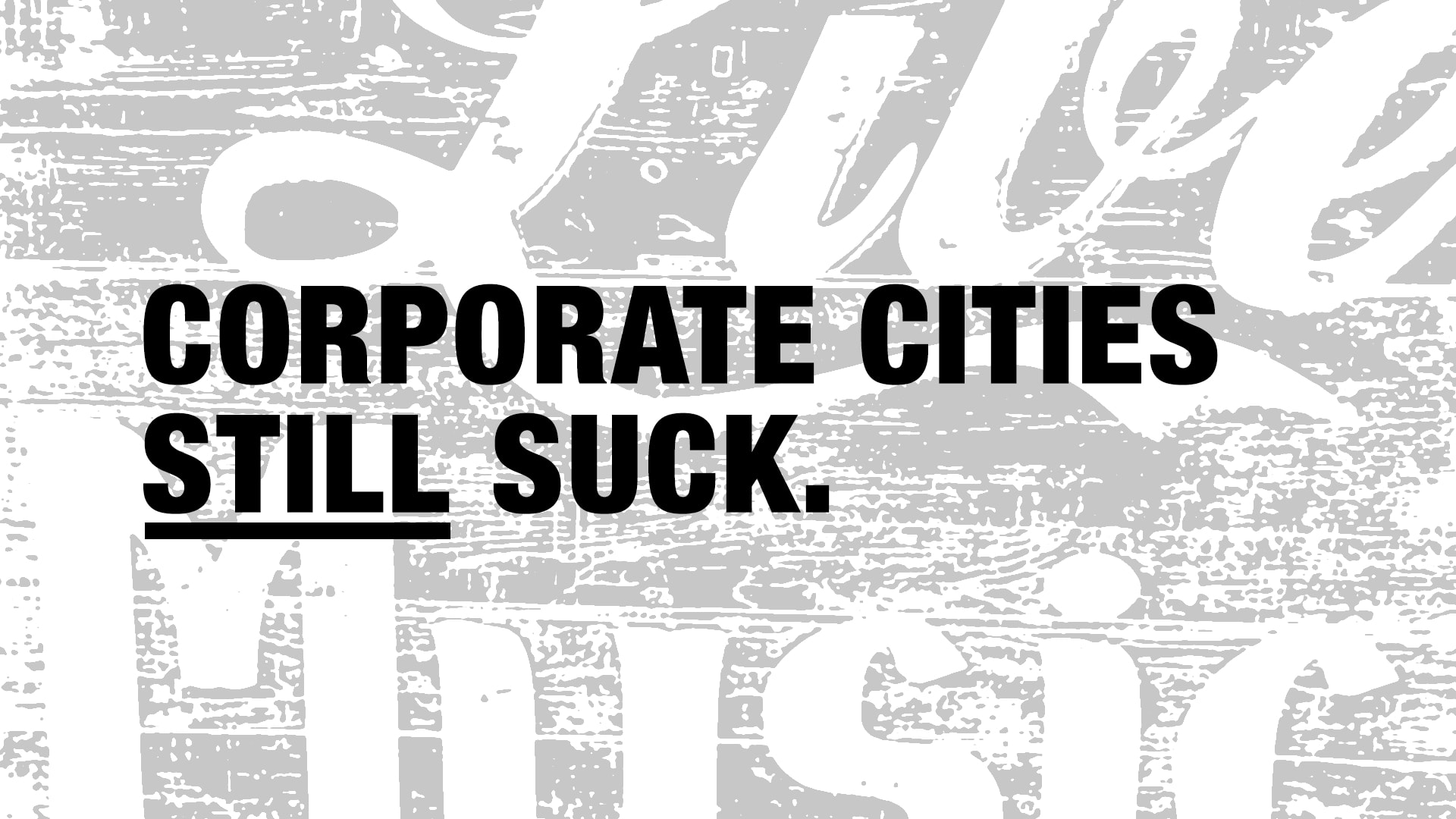 All credit to our design crush Aaron Draplin for the state posters. And special thanks to the good people at Unsplash.com for great photography for quick comps.